“As crazy as this sounds, I don’t believe they realised how big the FIFA World Cup demand would be.” Technology commentator Trevor Long

In 2015, Optus won the exclusive rights to broadcast the English Premier League through its streaming service.  This was a shock to both Fox Sports and BeIn Sports who had put in competing bids.

This was a new world order in terms of viewing live sport within Australia because for the first time, the majority of live games for one of the most popular leagues in the World would not be available on free to air or subscription television (except limited games would be broadcast on SBS through an agreement with Optus).

Many diehard fans opted for the service and it looked like Optus was on a winner. It was a no-brainer that on the back of this success Optus would bid on the greatest showpiece of them all – the 2018 FIFA World Cup in Russia.

Under the arrangement, Optus would stream all of the games with SBS given the co-broadcast rights to the Australian games and a handful of other pool games.

Australia is one of the most culturally diverse countries in the world with all of the other 31 nations represented at the tournament represented by large communities here.  There are also fans whose teams are not represented who would sign up just for the love of the game.  So, it would be fair to say that football fanatics, who had waited four years for the tournament would sign up with Optus Sport in numbers significantly higher than subscribers of the English Premier League.

A very simple risk, and one that I would assume Optus would understand and appreciate given the potential consequences:

But here we are, now into the knockout phase of the tournament and SBS has been handed the rights for all matches by Optus for free. Let me say that again – for nothing; nicks; nada.

So was this own goal foreseeable?

You bet it was. It actually reminds me a lot of Census Fail 2016.

The following would be a reasonable approach to the risk: 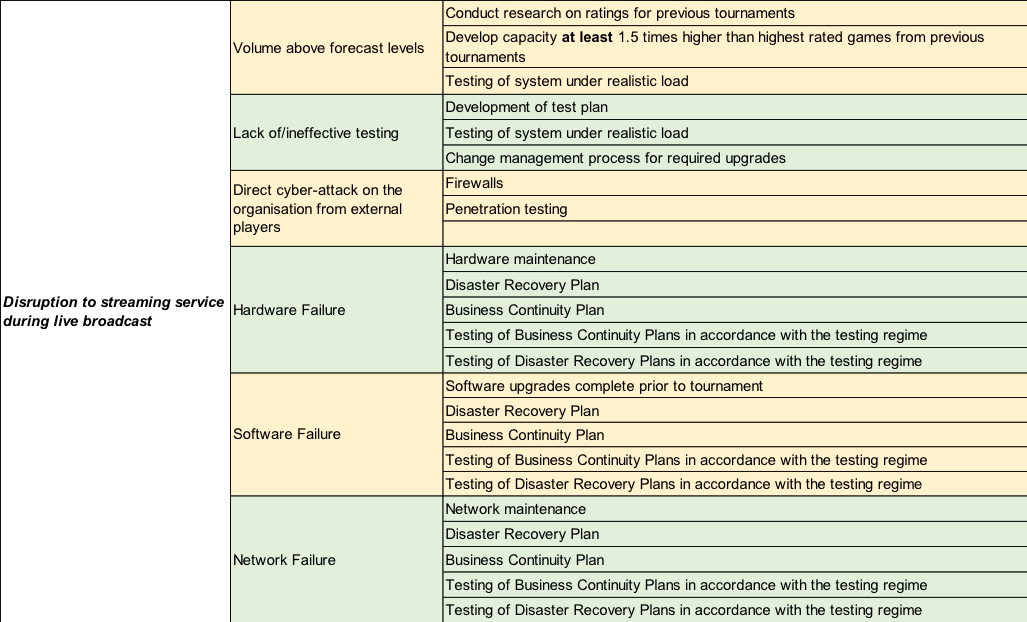 It would appear, based on what we have seen, that a significant number of these controls were not effective.  The major control failure, however, seems to have been in relation to capacity.

In a recently issued statement, an Optus spokesman said the crashes on [a] Friday night were the result of “an extremely high number of viewers logging into our platforms just before kick-off causing some systems to overload” www.adelaidenow.com.au

It took Vodafone many years to recover from its “Vodafail” of 2010-2011 where it lost over half a million customers due to network outages.  So, it remains to be seen, what the long-term impact on Optus will be as a result of #Floptus.

The same quote I used in Hindsight 20/20 #3 – Shareholders before Customers is just as applicable to this case study: As Warren Buffett once said: